Our bandmate and friend Erik Swanson passed away yesterday, February 16, 2021. Half of our songs were written and sung by Erik, but the space he leaves on the stage is much bigger than that.

I remember the first time I met Erik. I was playing in my first Dallas bluegrass band, Spare the Horses. We were playing at Community Brewing Company and Larry Reed was on bass. Erik came by to make sure we weren't going to make it big and steal his bass player in Shoot Low Sheriff. After hearing us and being assured that wasn't going to happen, he stayed for the rest of the show.

A collector of anything with wood and wire, Erik came up to me after the show asking me about what kind of banjo I had, what kind of pickup I used, etc. I saw him a few times after that and checked out his awesome Texas swing band and became a fan of his.

After half the group of Spare the Horses moved away from DFW, I set out to form another band. I enlisted Kim Herriage and Floramay Holliday, who I had met in the Oak Cliff area, as well as my neighbor John Stolly. And of course, I invited my favorite bass player Larry. After a first get together with a few other musicians that didn't exactly go very well, Larry told me Erik was interested in what we were trying to do. I was thrilled.

Erik joined us for our second jam and the band immediately jelled. We played several of his Texas swing songs 'bluegrass style' and it all just came together. I've always loved how bands bring different flavors to the same music. Spare the Horses had a great Red Dirt influence to our bluegrass. The Atlanta bands I was in, Hicks with Picks and Georgia Mountain String Band, sounded old school gospel and backwoods hillbilly respectively.

In that second session of our 'new band', Kim and I brought the backwoods hillbilly, Floramay brought the singer-songwriter, and the secret spice to our sound was Erik and his Bob Wills style. It was still most certainly bluegrass, but with a Texas beat and swagger as big as Erik.

It took a while to come up with a name for the band, but I finally decided on Over the River, because at that time all of us except Erik lived on the south or west side of the Trinity River. The name fit, and it is hard to believe we've been picking together for almost five years.

We will miss you greatly, Erik, both on the stage and off. As great as a bandmate as he was, he was an even better person and we are lucky to have known him.

As he's now playing up there with the Angel Band, the name of our band down here just took on a new meaning. As Flormay said, Erik, we'll see you again someday, Over the River.

Note: There is a Gofundme setup to help the family with expenses during this time. You can find it here, or with the action link on this site. 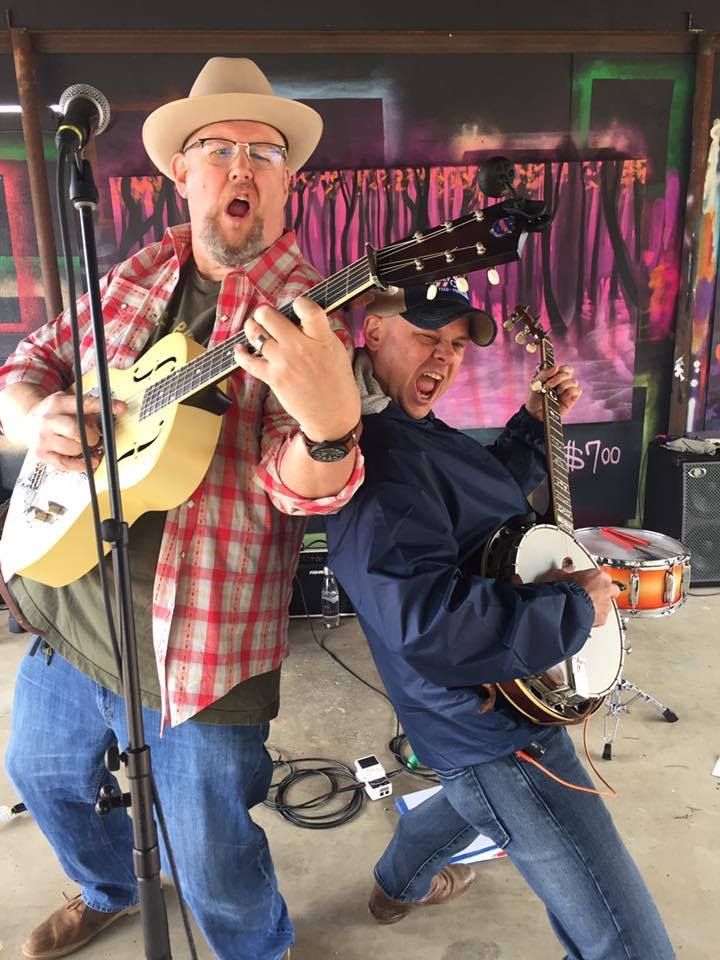 This Friday, 7/20, Don and Erik will be playing as a bluegrass duo - The Lonesome Johnson Boys. Everyone else is on vacation, but these hard working pickers will still be at it to play some tunes down by White Rock Lake as part of the Bath House Cultural Center's Festival of Independent Theatres. We play from 10-11pm as part of their FIT Underground series. So come on down, because Friday is bath night, whether you need one or not!